Fuyao Glass Group Industries is a global company involved in the production and processing of automotive glass. With sales of over 2 billion euros and over 25,000 employees worldwide, Fuyao is one of the leading suppliers in the field of automotive glazing.

Fuyao Europe is investing a high multi-digit million amount in the property and the new construction of its European headquarters in the Mühlpfad Nordwest industrial estate. In January 2017, the first excavators roll up to open the major construction site, starting with the earthworks. Fuyao Glass Industry Group acquired a commercial area of around 8.2 hectares.

Ground-breaking ceremony for the new European headquarters on 31.03.2017

In the presence of guests from politics and economy as well as the responsible persons of the industrial planning office IPE and the construction company Goldbeck, Norbert Geisinger gave the starting signal for the construction of a plant for the highly automated completion of vehicle windows. Since the current location of the automotive glass manufacturer in Heilbronn offered no room for expansion, Fuyao is implementing its plans for a new European headquarters with a spacious storage and production hall and a modern administration building in the Mühlenpfad industrial estate in Leingarten.

With the completion of the plant, which is scheduled to be fully commissioned in May 2018, Fuyao will be able to serve its customers in Germany more quickly, efficiently and specifically. Not only the market share is to grow – the new European headquarters will also create around 200 new jobs in production and administration. 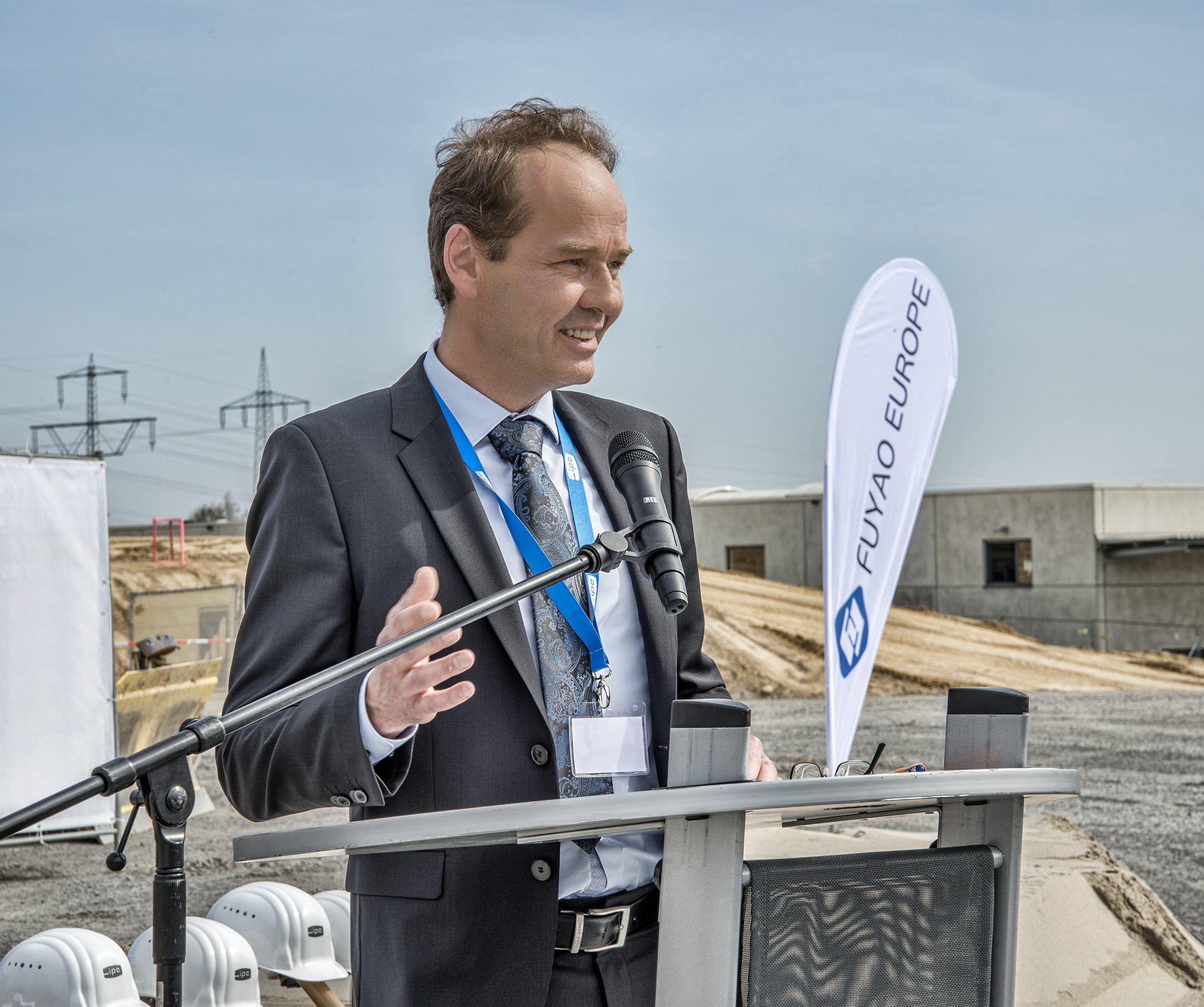 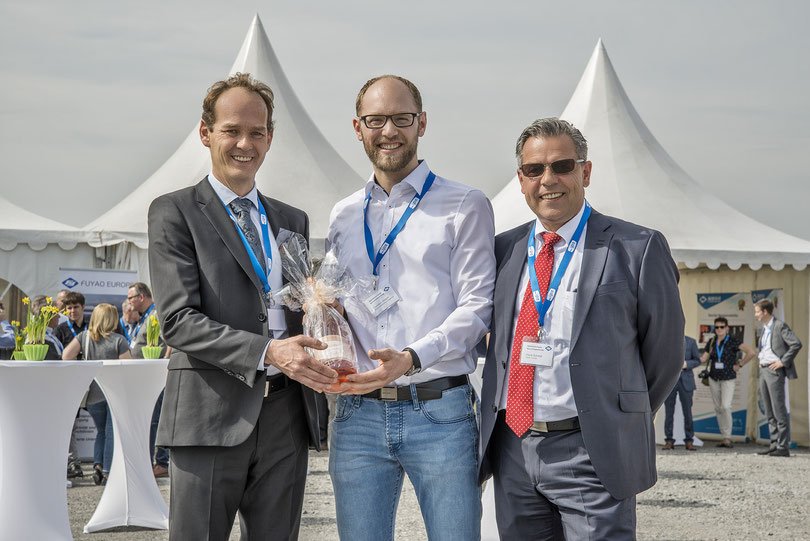 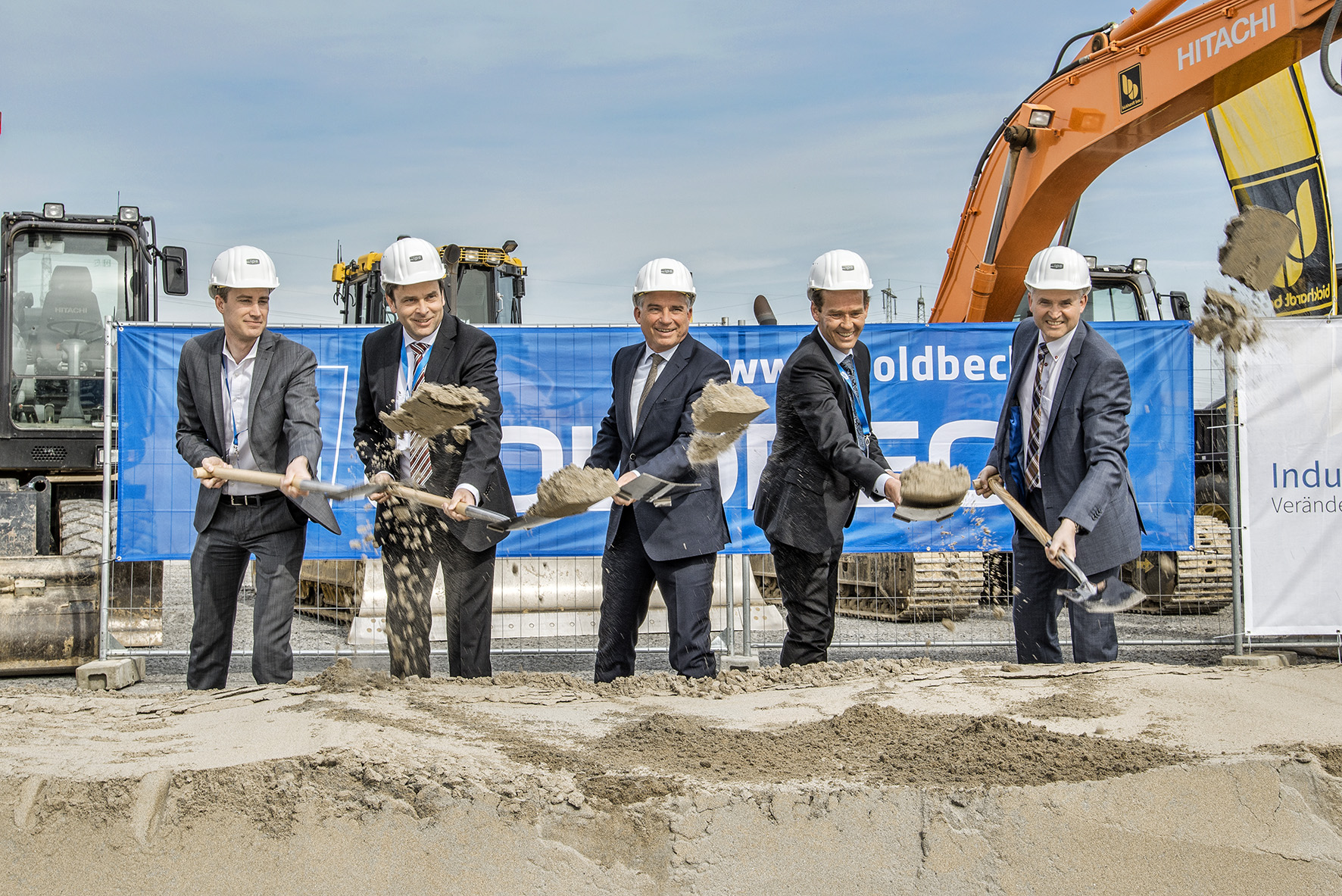